Most home inspection standards require inspectors to inspect branch circuit conductors (wires) and overcurrent devices (fuses and breakers) and to determine that they are compatible (wires are sized correctly for their respective fuses/breakers). This paper is intended to be a basic explanation of how home inspectors can make this determination during their (visual) inspection. 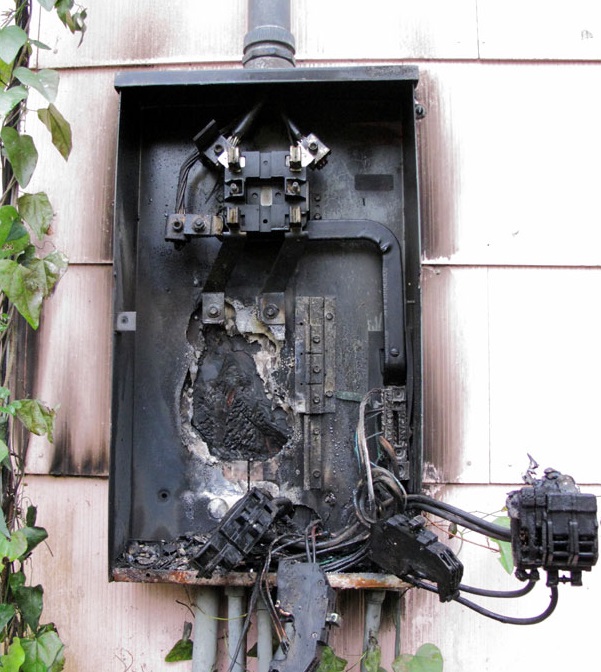 Once inside the panel, the inspector’s focus shifts to verifying proper sizing and compatibility of the fuses/breakers and their visible wires.  It is important that the wires are properly sized for the circuit that it feeds, as properly sized wire lessens the possibility of electrical fires. 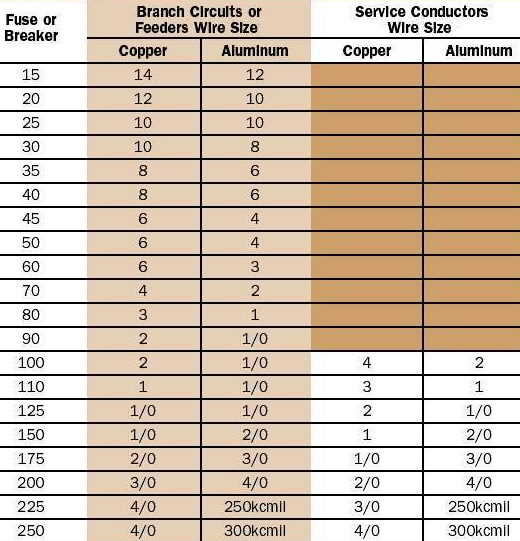 In the US, wires are described by the American Wire Gauge (AWG) system.  Properly sizing circuits and wires depends on several different factors, such as wire material, length of the wire run, load that will be placed on the circuit, the number of fixtures on the circuit and other variables.  Since home inspectors are performing a general visual inspection, determining these variables is beyond the scope of our inspection, and any concerns with them should be addressed by a licensed electrician.

Wire sizes that are typically found in residential construction branch circuits include 14, 12, 10, 8 and 6-gauge wires, among others.  The number designating the size of the wire decreases as the current carrying ability of the wire (measured as ampacity) and diameter of the wire increases.  This is a result of the original process of fabricating wire by drawing it through a die, which slowly decreases the diameter of the wire.  Smaller diameter wire, 14AWG for example, requires more passes through the drawing die than a 2AWG, and its gauge number reflects its multiple trips through the die required to reach its intended diameter.  This holds true until the wire size reaches 0, when subsequently larger wires are designated by adding a “/0” to the end of a number to describe how many zeros are present.  For example, copper 1/0 AWG wire (0 wire- termed “one-aught” wire) is rated for 125-150 amps in a typical branch circuit, and is smaller than a 2/0 wire (00 wire- “two-aught”), which is rated for 175 amps in a typical branch circuit.  The AWG tables hold true for solid as well as stranded wire.  As there are small gaps around the individual strands of stranded electrical wires, the overall diameter of stranded wire will always be slightly larger than corresponding solid conductor wire. 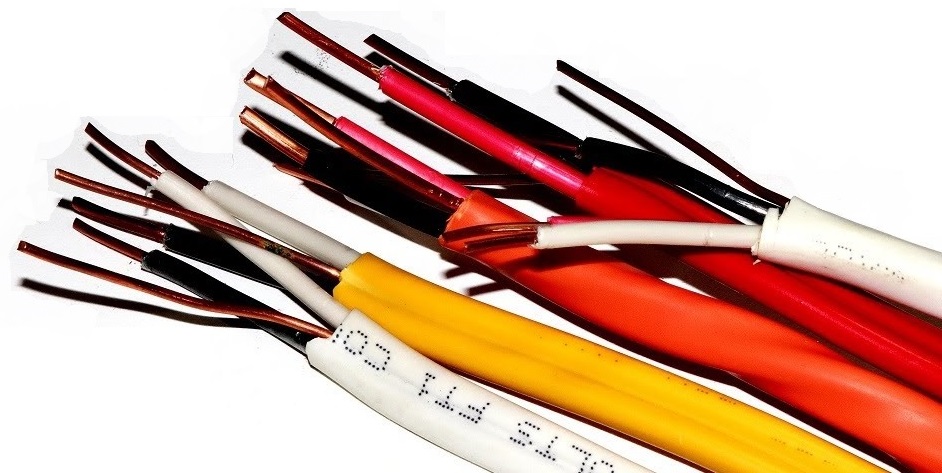 It can sometime prove difficult to determine the AWG size of a wire installed in the electrical panel, especially when a panel is full and open space is at a premium.  In these instances, attempt to verify the wire gauge by comparing it to other known wires (in the panel or on-hand for personal reference), by reading the gauge imprinted on the wire (stranded) or its sheathing (solid conductor), or by the color of the sheathing for solid conductor cables.  Since the early 2000’s, industry standards in North America dictate white sheathing for 14AWG, yellow sheathing for 12AWG, orange sheathing for 10AWG and black for 8AWG and larger.  Be aware that prior to this standardization, multiple color combinations were used.  So, unless you are certain of the age of the electrical system, it is a good idea to attempt to verify wire gauge through some other means beside sheathing color.

An electrical wire carries electricity in much the same way as pipes carry water.  Only a certain amount of water can flow through a certain size pipe, and if that amount is exceeded, bad things can happen.  In much the same way, only a certain amount of current (measured in amps) can flow through a certain sized wire.  The potential for problems exist whenever the wire’s ability to safely carry current is exceeded.  If a breaker will allow 50 amps of current to flow into a circuit, but its corresponding wire is rated for only 20 amps, the wire can become overheated and cause a fire without the breaker ever tripping.  This happens because the wire’s rating has been exceeded, even though the breaker’s rating has not been exceeded.  This can lead to overheating and melted wires, and can produce enough heat to ignite surrounding flammable materials, causing a fire. 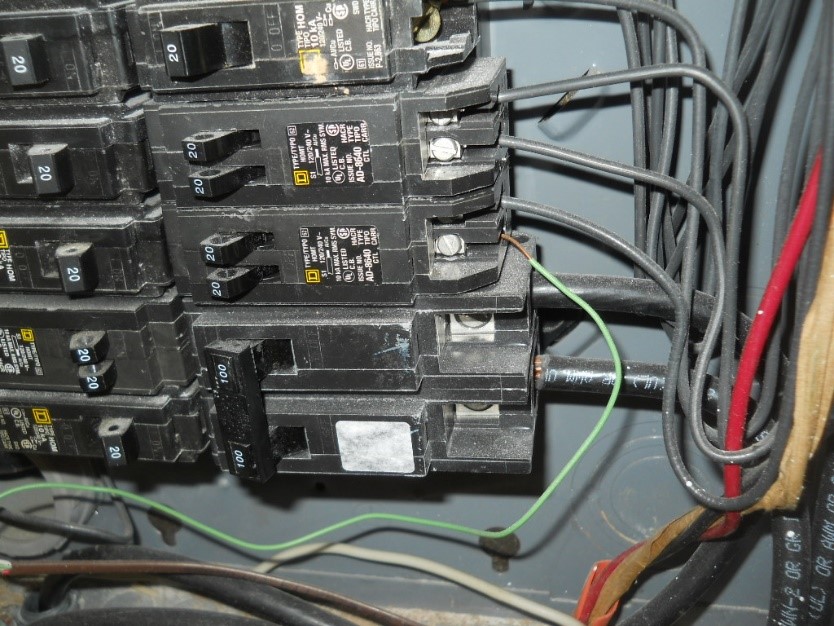 Electricity powers our homes, and energizes almost all our modern conveniences.  Properly utilized, it is a relatively safe and integral part of our daily lives.  Verifying that a home’s wires and fuses/breakers are correctly installed is a simple way to help protect our clients from preventable mishaps.  Educate yourself on this subject, as your vigilance may one day prevent a tragedy from occurring.

Be safe out there.